What we as a collective group are trying to accomplish, is an attempt at a “Grassroots Movement”. The reason that we have seen such success to this point, is that as a group we have worked together to reach a common goal & we will continue to see the same success if we follow the same path.
This was the first month in a long time that I did not have to worry if we were going to be able to raise the monthly goal to pay the Lobbyist who has been able to get us this far! For me to singularly say Thank You, is simply not enough. We have to understand that when I say Thank You, the reality is that is a Thank You to one another in our “Grassroots Effort”, for your work, for your continued donations.
By definition, a “Grassroots Movement” is when a group of people come together via a district/region, or common interest to correct the negative effects of an economic or even political movement. “Grassroots Movements” use a call to action (if you will) in an effort to invoke a change to local, regional, or even a national level.
It is understood that it feels like we have been sitting on our hands for a while, but I feel that is about to change. We just have to wait for the right time, as there is a VERY fine line between being productive & being a pest.
So again, THANK YOU for your continued support, and continued donations. February’s monthly goal has been sent off, now its time to start worrying about the Monthly goal for March! Again, Thank You!

I spoke to Ron (Our Lobbyist) and he said that it is NOT a good idea to start a letter-writing campaign at the moment. The Elections are just around the corner, next Tuesday, November 6th to be exact. (So get out and vote!) Soon after the elections, we will get back to work writing letters that will help our cause move forward.

If you have been a member for very long, you know that the waiting game is darn near painful for me. LOL However, we do need to do some fundraising in order to keep this ball rolling. ALL FUNDS raised go directly to the cause!!! Please expect to see a few items up for sale later today! THANK YOU FOR YOUR SUPPORT.

On a side note, if you live or vote in the Texas State 22nd Congressional District, please email me at faron@savethetexasdunebuggy.com I will explain more in a reply email! 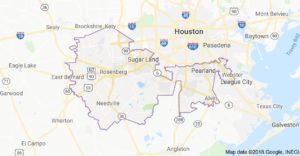 Due to the LARGE fees that Go Fund Me charges, we are no longer going to use their VERY Expensive Services. As of RIGHT now we will be accepting donations via PayPal. Thank You!